You don’t have to be a music critic to notice that there has always been a bit of contention between listeners of indie records and those allegiant to more mainstream strains of music. Taylor Swift might go as far as to call it “bad blood,” and with good reason. The young pop sensation’s style and genre affiliation have been the root of many arguments about what is “good” music and now, more than ever, what is worthy of public attention.

Swift has been shaking off her antagonists and indie records (supposedly much cooler than hers) since the beginning of her career. But recent attention for her songs reimagined under another artist’s name and sound has formed an interesting case study in the genre battle between indie and pop music.

Last week indie musical artist Ryan Adams released an all-covers version of Swift’s latest album, 1989, and received near instantaneous recognition from Pitchfork in the form of an album review—an achievement Swift herself has yet to receive in her multi-platinum career. This instance caused media consumers to question what makes Swift’s versions inferior in the eyes of Pitchfork and those it represents—alternative listeners.

In Forrest Wickman’s response article on Slate.com, he critiques the music review site for snubbing Swift of the attention she deserves.

“It took a guy’s acoustic covers for one of the most successful and influential music sites on the Web to finally deem an album of her songs worthy,” Wickman said.

Here Wickman appears to claim indie listeners are unwilling to give Swift credit for her work merely because she does not ascribe to the type of sound to which they gravitate.

In dissent with Wickman’s claim, I doubt Pitchfork’s blind eye toward Swift had much to do with her pop affiliation and more to do with the attention she has already received as an artist. After all, Pitchfork never claimed to be an objective news source in the world of music; they certainly have an intended audience and a mission to uncover diversity as a media aggregate.

As such, Swift’s unignorable presence within the music scene should not automatically earn her more attention from a site otherwise devoted to uncovering emerging artists and trends that spark dialogue.

Some may argue Pitchfork has devoted time and attention to artists like Miley Cyrus, Beyonce and Justin Timberlake who are no more “emerging” artists than Swift herself. However, it is also important to note that many of the reviews these artists have received are a result of collaborations or genre-defying arrangements.

Although we are fed familiar names, these artists receive additional acclaim not simply because they have done something new, but because their product has pushed boundaries.

At the end of the day, I suspect indie news providers and listeners themselves are critical of mainstream music due to what it represents on a social level—passivity. Listeners who solely tune in to what is popular on the large scale are blindly adopting the values and opinions of others without taking time to critically consider what they support.

In this sense, media aggregates play an extremely important role in curating—or regurgitating—content for listeners. Niche sites such as Pitchfork offer a platform for artists and listeners who are interested in challenging social norms.

The decision to exclude Swift from its commentary does not necessarily mean Pitchfork views her as inferior or lacking in talent. It merely means the site takes responsibility for the media it disperses and chooses to spread new voices— both literally and figuratively. 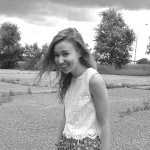