On Tuesday, Sept. 22, in Viking Theatre, for- mer Indiana Senator Richard Lugar discussed the Iran nuclear deal. The event was co-spon- sored by the political science department and the Institute for Freedom and Community.

Lugar studied as an undergraduate at Deni- son University. He later became a Rhodes Scholar, received the Presidential Medal of Freedom and served six terms as Senator and two terms as the chair of the Senate Committee on Foreign Relations. He is a co-creator of the Bipartisan Index, a tool used to measure the frequency with which a member of Congress co-sponsors a bill proposed by the opposite party and the frequency with which members of the opposite party cosign a congressman’s proposed bill. He also worked with Sena- tor Sam Nunn on a program that dismantled thousands of nuclear weapons in the former Soviet Union. Professor of Political Science Dan Hofrenning gave the introduction, and Gary Eichten, retired host of a midday Min- nesota Public Radio show, was the moderator.

To begin, Eichten asked Lugar to explain why every Democratic member of Congress voted for the Iran deal and every Republican member against it. In response, Lugar sug- gested that each member voted for what each thought would be best, but he added that, “agreement is absolutely essential if we have any hope of stopping a nuclear program in Iran.”

Lugar then proceeded to explain why he believes supporting the Iran deal is in the country’s best interest. The agreement calls for the destruction of 98% of the highly enriched uranium currently in Iran. It will also put two- thirds of Iran’s centrifuges – uranium enrich- ing tools – out of commission. Approximately 1500 inspectors from the International Atomic Energy Agency (IAEA) are in charge of evalu- ating Iran’s facilities to insure that no develop- ment of plutonium or nuclear warheads takes place.

Although he is a strong supporter of the deal, Lugar also addressed the reasons why there have been many outspoken critics of the agreement. Many dislike that the Iran deal will only last for 15 years. However, Lugar remind- ed the audience that there wasn’t much choice in this matter.

Furthermore, Lugar emphasized that the Iran deal was technically still a negotiation. However, if the United States wanted to re- negotiate, it would be difficult consider- ing that the other countries involved are content with the deal and unwilling to start over.

Lugar offered reassurance to skeptics of the deal. Thanks to so-called “snap- back provisions,” the United States and other participating countries can sanction Iran if it breaks the agreement.

While the majority of the event focused on the Iran Deal, moderator Eich- ten and members of the audience also asked Lugar to discuss a number of po- litical issues. Eichten asked if Lugar sup- ported a particular presidential candidate in the 2016 elections, but Lugar insisted that he does not endorse any candidate at this time. Nevertheless, he did comment that many people find Donald Trump appealing.

“[Trump] expresses the general dis- gust that a majority of people feel towards Congress,” Lugar said.

Lugar also criticized presidential can- didate Ben Carson’s recent statement that he would not support a Muslim presi- dent.

“Persons who are citizens of the Unit- ed States are eligible to become president, or to become Senators, or to take office. The Republicans have to have a more in- clusive party, and that is not obtained by

abusing people of diversity,” Lugar said. He was also asked about about the pos- sibility of a government shutdown due to indecision on the funding of Planned

ing that a shutdown would only reinvigo- rate public frustration with Congress.

After the lecture, Lugar continued the discussion at a dinner with students. Opinions varied on the Deal’s merits. One student was concerned that the amount of time it would take for the IAEA to plead a violation of the deal to a

commission and await a response would be enough time for Iran to develop nucle- ar weapons. Another student wondered if it was fair for the United States to curtail nuclear development in other countries when the United States still houses 4,760 nuclear warheads.

While differences of opinion persist, Lugar’s lecture provided insight to some of the complexities of the Iran deal and the Congressional process of negotiating with foreign countries. 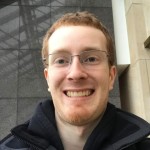