Home Opinions Teague’s top ten tips to avoid the draft (If there is ever another one)
  
By Teague Peterson Opinions November 4, 2022

Our forebears were very passionate about this country. They fought and died in order to ensure our freedoms. But would our generation fight and die for the United States?

Personally, I would enlist if Wisconsin wanted to storm the Upper Peninsula and put Michigan in its place, but I wouldn’t want to fight and die for the U.S., especially not if the government was trying to force me. Do you feel the same? Are you unsure of how best to dodge the draft? Well, look no further!

I’ve compiled a list of ten of the best ways to avoid the draft — at the end of the day, any way is a good way!

Teague Peterson-McGuire is from Oconomowoc, Wisc

His majors are film and media studies, and Nordic studies. 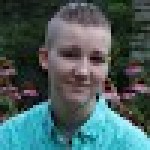