As INBLACK enters its fifteenth year at St. Olaf, members of the theater group look to tackle some of the major issues on and off campus using humor, shock, satire and sincerity. The student-organized production stages a sketch show during a two-month long process. The first steps of this undertaking were recently completed, as the returning members held auditions and selected the newest members for this year’s show.

Elana Abelson ’17, Grace Brandt ’17 and Sam McIntosh ’19 led the auditions as INBLACK’s returning members. This year’s production will be the second for Abelson and McIntosh and the fourth for Brandt. The group is open to any student, and once they are accepted, they are a member for the remainder of their St. Olaf career.

Over 20 students tried out for the five open INBLACK spots between Feb. 13 to 17, with one round of callbacks before the final decisions were made. Ultimately, the group added Christian Conway ’18, Laird Vlaming ’17, Sarah Willstein ’19, Willem Mudde ’18 and Lindsey Bertsch ’19 to its ranks.

One unique aspect of this theater production is that none of the members actually major in theater. In fact, they each have their own separate interests.

“I think this group brings a lot of different perspectives and backgrounds. Based on our meeting the other day, it seems like people have ideas they are really excited about. I love that our cast is composed of musicians, visual artists, improvisers, creative writers,” Abelson said.

The next step for the eight students involves writing sketches, which they will then produce, direct and perform for a series of nine shows between April 26 and 29. Until then, the students will work together, with little to no outside assistance or instruction, to put all the pieces together.

“My first time seeing INBLACK I was amazed at my fellow students’ abilities to perform sketches that ranged from outrageously hilarious to emotionally impactful … I’m really looking forward to the first show when everyone’s hard work will come to fruition,” Vlaming said.

While INBLACK has traditionally been staged in Haugen Theater, it moved last year to the Art Barn. This change presented challenges in lighting and seating configurations, but the actors expect this year to be a smoother setup now that they are accustomed to the new space. The show itself looks completely different year-to-year and even night-to-night, as the audience members get to randomly choose the order in which the skits are performed.

“I think the structure of the show is so emotionally effective. For those of us involved it is an unreal adrenaline rush, running around and never knowing what’s coming next. I love how the random nature and the audience involvement keeps us on our toes even when we’re working with material we wrote and staged and have been working with for months,” Brandt said.

Although late April may sound like a long way away, students are already getting excited for INBLACK’s promise to deliver refreshing, unflinching commentary on St. Olaf and world issues. The hype is all too real for the cast members as they dive into planning.

“We strive to be honest, reflective, outrageous. We shine a light on campus life, both the positive and negative aspects. I want the audience to be able to extract some truth from our show, some sense that we’re listening. And also, of course, I want them to laugh,” Abelson said. 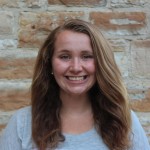 On April 29, a black St. Olaf student found a note on the windshield of their car parked outside Skoglund…

The sketch show INBLACK has become something of a cultural land- mark here at St. Olaf. The night tickets go…

05 May 2017
A menu of upcoming theater this semester