A White House visit to remember

In light of Election Day, it felt appropriate to talk about the tradition of sports teams visiting the White House and meeting with the president. The tradition of sports teams visiting the White House has dated all the way back to 1865 when President Andrew Johnson welcomed the Brooklyn Atlantics amateur baseball team to the White House. Continued to this day, sports teams are invited to the white house to honor their championship and their work in the community. It is no doubt an event that many people look forward to. It is almost expected for the championship team to make a visit over to D.C., with a rough total of 175 teams visiting since 2017. From Superbowl champions to Stanley Cup winners, seeing our favorite sports stars step into the White House is exciting to see, and the drama behind recent visits is entertaining to say the least.

The most recent sports team invited to the White House were the 2021 NBA champions, the Milwalkee Bucks. President Biden welcomed the reigning champions, making them the first NBA team to visit the White House since 2016. Biden praised their team for their hard work, grit, and unity to obtain the title of NBA champions. Biden also praised them for their work in the community. Biden said, “the power of a team’s example is not just winning the title,” adding that players “took a stand for justice and peace in the wake of Jacob Blake’s shooting in Kenosha, Wisconsin.”

Last year, the Bucks protested by canceling their game over Jacob Blake’s shooting and other racial justice issues. Other basketball and baseball teams followed their lead by using their platform to do similar things. President Biden thanked them for leading by example, and also thanked the Bucks for telling people to get vaccinated.

This was an exciting visit, considering the last time an NBA team visited the White house was the Cleveland Cavaliers in 2016. Since then, the Golden State Warriors won the title back to back in 2017 and 2018. In 2017, President Trump disinvited them when many of the players said they did not want to go after Trump’s controversial speech at a white supremesist rally in Charlottesville Va.. In 2018, the Warriors did travel to D.C. but they met with former President Barack Obama instead. In 2019, the Toronto Raptors won the title but players already gave the visit a hard no even before the invitation from Trump was extended.

NBA teams were not the only to deny a White House invitation from when Trump was in office. Other championship winning teams include: the UNC men’s basketball team, Philadelphia Eagles, and the U.S. Women’s National Team for soccer. Not to mention the multiple teams that didn’t even get invited by the Trump Administration that normally would’ve easily gotten an invite in the past.

An entire team denying an invitation to the White House due to the presidential administration is something that has not happened in the past. Has the Trump administration started a new precedent where teams refuse to visit the White House? Either way, professional sports teams utilizing their platforms to stand up and make statements on political issues is inspiring and encouraging. Hopefully, we are back on track to see more fun, warm-hearted, and enlightening White House visits like we have seen in the past. Like these White House visits and non-visits, look out for other ways professional athletes use their voice to highlight the importance of political issues. 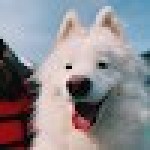