One of my most memorable bonding moments with my father came on Christmas Eve 2017. My grandmother was staying at a rehabilitation facility, and we dropped her off after a day of festivities. On our way out, my dad and I noticed that every television was tuned to Fox News.

In an effort to spread holiday cheer, we went around and switched them all to cheesy Hallmark movies. My father’s rationale? “The old people don’t need to be hearing hate when they wake up on Christmas morning.”

My dad’s opinion is not unique: Fox is renowned for negativity. Exactly 365 days before the print date of this article, The Washington Post published a piece explaining that the Democratic National Committee (DNC) would not let Fox host any of its candidate debates leading up to the 2020 primary.

In announcing this decision, DNC Chairman Tom Perez argued that Fox would not provide a “fair and neutral” forum for the candidates to debate. I agree with that wholeheartedly. But neither can ABC. Or MSNBC. Or Telemundo. Or PBS – all of whom have sponsored debates this election cycle. The fact of the matter is that no media outlet is free of bias – even if that is something for which they strive.

Naturally, any preconceived slant of these host networks is far different from that of Fox. That is exactly why it is most important that Fox be able to host a debate.

As it stands, a fair amount of Fox’s runtime is spent bashing the very Democratic candidates who would be present on the debate stage. I’m sure that if Fox were to host a debate it would be full of slanted questions and followed by commentators pulling apart nearly every statement the candidates made.

But here’s the thing: Every debate has slanted questions. Every candidate has answers that – if they are smart – they have vetted with campaign strategists time and time again. Anchors on Fox will take issue with those answers no matter where they are televised, just as anchors on MSNBC will tear apart every word that exits President Donald Trump’s mouth.

The benefit of a debate is that a live, unedited platform would give the presidential hopefuls a chance to speak to the United States’ largest audience without Fox choosing which certain excerpts air. Fox’s viewership is about 2.57 million people, roughly 770,000 greater than that of MSNBC, the next most popular news network in the nation. That is a large base and putting Democratic candidates in front of an audience that does not often get to hear their voices provides them with an opportunity to persuade some of that audience.

I’m not naive enough to think that putting progressive Bernie Sanders or even moderate Amy Klobuchar in front of any of my extended family would ever convince them to jump off the Trump train but I certainly don’t think it would hurt.

If people are never exposed to differing opinions, they are never going to change. Loyal Fox fans watching the debate could find a place of agreement with at least one of the candidates behind the podiums. The reality has to be faced: In order for swing states whose electoral votes went to Trump in 2016 (such as Michigan or Ohio) to go blue in the general election, the Democratic nominee needs to win over constituents who regularly watch Fox. This is a lot less likely when the network is forced to be more of an echo chamber than it already is.

In a country where the White House briefing room has started to collect a layer of dust, the media’s role as an informant and a watchdog seems more difficult than ever. Political stratification does not help. The frontline to combatting this starts with news organizations showcasing a variety of voices and spreading the truth – even if it does not fully fit their perceived agenda.

stroth2@stolaf.edu​
Claire Strother ’22 is from Arlington Heights, Ill. Her majors are American studies and women and gender studies. 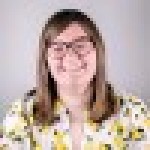